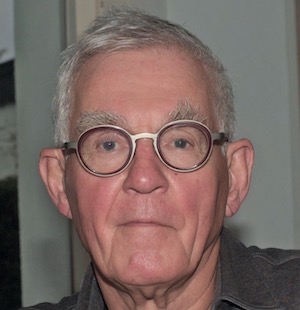 On June 24, after a brief but devastating illness, Herman Peters passed away. In 1989 he was one of the founding members of the International Fluency Association (IFA) and become the 3rd IFA-president in 1993. He served this organization in various roles, including treasurer, and was honored for his contributions to IFA in 2000. Herman started his career as a clinical psychologist, and he specialized in the diagnosis of speech and language disorders. Specifically, he had  a passion for understanding the underlying causes of stuttering and  providing  the most effective treatment for people  suffering from this speech disorder. In the early 1980s, he introduced the Precision Fluency Shaping Program ( the “Webster therapy”) in the Netherlands. In addition, he invited many renowned therapists and researchers from all over the world in order to implement new developments on speech and language disorders in the Netherlands.

He was one of the early advocates and implementers of scientific research in the realm of speech motor control processes in people who stutter. In 1985 he was the main founder of the series of International Conferences on Speech Motor Control. His dissertation (1987) also dealt with this topic.  His inspiration and organizational talents have also served the Dutch language community: Herman not only started  the Dutch Society (Nederlandse Vereniging voor Stem- Spraak- Taalpathologie), but in 1992 he also started a journal (Tijdschrift Stem-, Spraak-, en Taalpathologie) and from 1997 – 2007 he edited a handbook (Handboek Stem-, Spraak-, en Taalpathologie) in the field of voice, speech and language disorders. A generation of research colleagues and clinical professionals will miss Herman’s inspiring enthusiasm, expertise, organizational talents, and always cheerful spirit.

In his career as a clinician Herman was head of the department Voice and Speech disorders, belonging to the ENT of the Universal Medical Center St. Radboud in Nijmegen. With power and charm he managed this multidisciplinary team, resulting in a kind of “working family”, with specializations on voice, cleft palate and stuttering.

Apart from his research and clinical work in the area of stuttering, Herman had a broad range of interests, in particular modern art and architecture. He truly was a man who had a zest for life and enjoyed travelling, meeting with people and enjoying all the wonderful things live had to offer. He will be dearly missed by all who knew him and our thoughts are with his wife Hanneke, his children and grand-children.

Donate to the IFA

Click on the button below to make a donation to the IFA.

Not all pages are translated, but you can use Google translate to see a machine translation using the switch below

The official journal of the International Fluency Association
IFA Members receive online access to JFD as a member benefit.